Model of the Moment

Model of the Moment – Sophie O’Reilly

Sophie is a 25 year old Plus Size Actress, Model & Blogger from Islington, London. She has an extremely strong passion for Acting & Blogging, and love sharing her thoughts about the latest Plus Size Fashion, Beauty and Accessories.

Sophie has modelled for Plus Size Photo-shoots.

Sophie played Wendy for a short Comedy Thriller called Sex on the Beach by James Everett which was screened at The Curzon Cinema, Soho, London on April 5th 2012.

You can get in touch with Sophie via Twitter! @SPlusSizeWonder or check out her blog here

Jazzy is the online editor and community director at Big is Gorgeous. She loves working out, hanging out and cats. And if she could workout with cats, she'd be even happier.

Model of the Moment – Shalon Dozier

Model of the Moment – Kristina Mancini

Wow so beautiful!!!!!!
Are the best all moment and love you too
Kisses 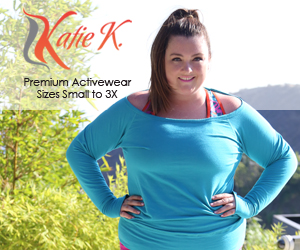 Model of the Moment

No images found!
Try some other hashtag or username